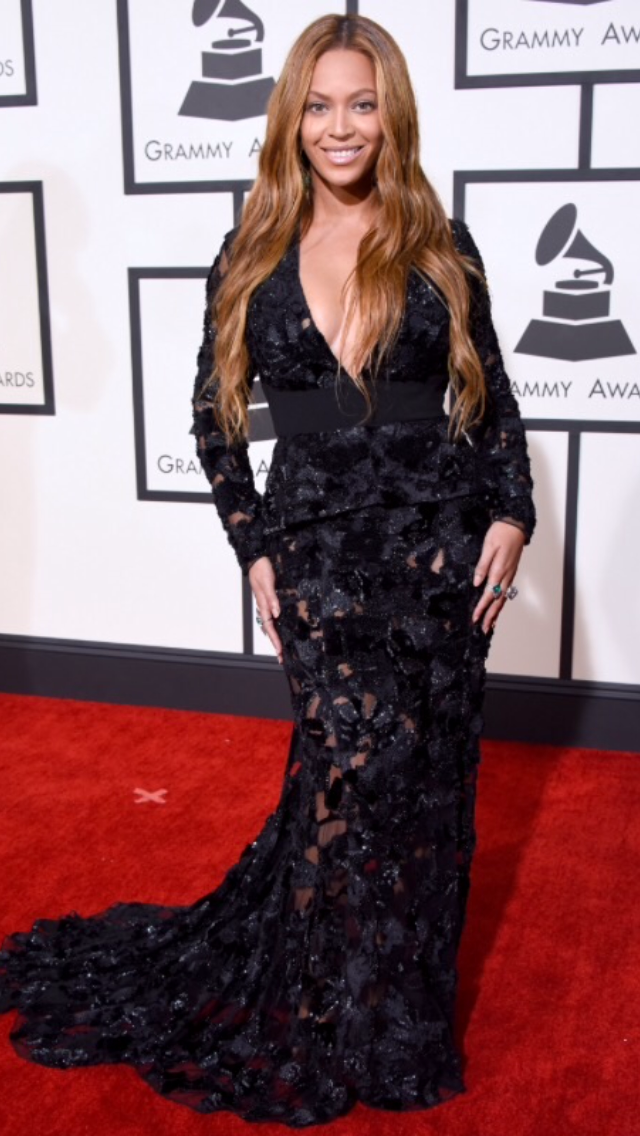 Beyoncé was born in 1981 in Houston Texas, to parents of African-American and Creole descent, Mathew Knowles and Tina Knowles, respectively. Her younger sister, Solange Knowles, was born in 1986.

As a child, she showed immediate interest in song and dance and was enrolled in dance classes in school. In 1990, she enrolled in the Parker Elementary School, which is a magnet school for the performing arts.

Beyoncé married rapper Jay Z on April 4, 2008 after years of dating. On January 7, 2012 the welcomed their first child, Blue Ivy Carter , into the world.

At the age of eight, Beyoncé became a benefactor in an all-girl singing group known as Girl's Tyme. Over the course of years, the group was faced much turmoil including lineup changes and hitting dead ends. In 1992, around age twelve, the group competed on singing television show Star Search but ultimately lost.

Throughout the ups and downs of the girl group, Beyoncé's father Mathew Knowles held down the position of manager. After years of writing songs, performing, stressful group lineup changes and getting dropped from a number of record labels, the group, now known as Destiny's Child, struck gold in 1997 by getting signed to Columbia Records. The group experienced even more lineup changes during their time together but their careers were all off to a great start. The final group lineup included Beyoncé, Kelly Rowland and Michelle Williams.

As a band, Destiny's Child became very successful, topping charts internationally with songs like Say My Name, Jumpin', Jumpin', and Independent Woman, the latter which featured on the hit film Charlie's Angels soundtrack.

After the release of three studio albums, the group took a three-year hiatus between 2000 and 2003, when the three members all embarked on solo projects. In 2004, the group retunited for the release of their fourth and final album, Destiny Fulfilled. While on tour promoting the album, it was announced that the group would officially disband.

Beyoncé's solo career began in 2002 upon co-starring in the movie Austin Powers in Goldmember. For the film's soundtrack, she recorded and released her first solo single, Work It Out. In 2003, she also co-starred along with actor Cuba Gooding Jr. in The Fighting Temptations, a dramatic comedy.

On June 22, 2003, Beyoncé's released her first solo studio album titled Dangerously In Love . The album debuted at number one on the Billboard 200 with first-week sales exceeding 300,000 copies.

While her record label did not predict any potential hits from the project, they were proved wrong by the critical and commerical success of Crazy In Love, Baby Boy, Me, Myself and I, and Naughty Girl. "Crazy In Love" and "Baby Boy" reached the summit of the Billboard Hot 100 while "Me, Myself and I" and "Naughty Girl" peaked at numbers four and three, respectively.

Alongside Jennifer Hudson and Anika Noni Rose, Beyoncé took on the role of Deena Jones in a new film, Dreamgirls (2006). The dramatic film is based on a Broadway musical, featuring a singing trio of women.

Post-filming Dreamgirls, Beyoncé recorded her sophomore album, B'Day, in two weeks. She says that she used experiences from her role in Dreamgirls as inspiration for the project. The album's release date coincided with her twenty-fifth birthday, September 4, 2006. In the United States, first-week sales of the album were approximately 541,000 copies and B'Day placed as her second, consecutive album to debut at number one on U.S. charts.

With B'Day, Beyoncéreceived many award nominations and a successful win of a Grammy Award. After Dreamgirls was released in the following December, her performance in the film earned her even more award nominations including for a Grammy and an Academy Award.

Beyoncé embarked on an international tour titled, The Beyoncé Experience, to promote the record. The concert was later released on DVD.

I Am... Sasha Fierce & Obsessed

In November of 2008, Beyoncé released her third album, I Am...Sasha Fierce. IASF became Beyoncé's third consecutive album to debut at number one in the U.S.

From this era, the most successful singles were If I Were A Boy, Single Ladies (Put a Ring on It), and Halo.

In an infamous occurance, the music video for "Ladies" was nominated for Best Pop Female Video at the 2009 MTV Video Music Awards, but Beyoncé loss was revealed during the live telecast. Instead, singer Taylor Swift took home that award and during her acceptance speech, rapper and fellow friend to Beyoncé, Kanye West interrupted to express his dismay with Swift's win. Swift's speech was cut off and she promptly exited the stage. Viewers at home, the audience, and Beyoncé, were all left in disbelief.

While Beyoncé received many awards for IASF, the singer broke the record of having most Grammy Award wins by a female artist in a single night, with a toal of six. Since, singer Adele has matched this record in February 2012.

In December of 2008, Beyoncéstarred in the film Cadillac Records, as the role of late singer Etta James. In April of the following year, she took co-starred in Obsessed alongside Idris Elba.

On April 26, 2009, Beyoncé began her international tour for the album, titled, I Am... World Tour. In total, she performed a total of 97 shows around the world, with a tour gross of $103.2 million. This tour was later released on DVD. The DVD was certified platinum by the Recording Industry Association of America (RIAA) within a month following release.

On August 2, 2009, Beyoncé recorded a conert from her brief residency at the Encore Theater in Las Vegas' Encore Theater. The concert was released on DVD and audio CD in November 2009 titled, I Am... Yours.

After a one-year break from music and touring, the song Run the World (Girls) leaked online, which was later named as the first single from Beyoncé's fourth album, 4. The single was sent to U.S. radio on April 21, 2011.

Following, Best Thing I Never Had, Countdown, and Love on Top were released as singles. To-date, "Best" is the most successful single from this era, peaking at number 16 the Billboard Hot 100 tally.

August 2011 proved to be a very busy month for Beyoncé. First, she filmed a series of music videos to accompany tracks on the album. Later, she performed a small, standing room-only concert series, 4 Intimate Nights with Beyoncé, at New York's historic Roseland Ballroom. Tickets sold out in a record-breaking 22 seconds. Finally, she performed Love on Top at the 2011 MTV Video Music Awards while at the end of the performance, she revealed that she was pregnant with her and husband Jay-Z's first child. The song debuted and peaked at number 20 on the Billboard Hot 100, ranking as the second most-succesful single of the era. Around this time, Beyoncé was approximately 4 months pregnant and said that she would be taking another break, this time to focus on her family. The concerts from "4 Intimate Nights" were later released on DVD, along with the music videos she had filmed. On January 7, 2012, Beyoncé gave birth to a daughter, Blue Ivy Carter at Lenox Hill Hospital in New York.

Since the birth of her child, it has been said that Beyoncé is back in the music studio preparing 2 new albums in addition to preparing for her new movie role in Clint Eastwood's A Star is Born.

Retrieved from "https://beyonce.fandom.com/wiki/Beyonc%C3%A9?oldid=7117"
Community content is available under CC-BY-SA unless otherwise noted.